The Yin and Yang of the Mind – Robert Mesure

Note from Staff: The NewEarth Youth Council is an Initiative of the NewEarth University (NEU)

The Yin and Yang of the Mind by Robert Mesure

The wise gaze at the world through the eyes of a child, wonder cultivates imagination.  There is a type of mental alchemy apparent in the evolutionary field of 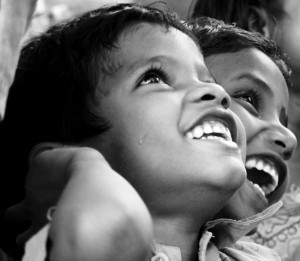 intelligence and personality.  The coalescent apparatus of internalized refraction of exterior education is key to intellectual development through educational citation. The synthesis of the external universe and the introspective mind birth revelations and mental expansion.  The internal “enfolded” mind could be seen as the “female mind” (yin), and the exterior receptor of intelligence the “male mind”(yang), when entwined, they produce specimens of mental fragment that connect and grow into intellectual development. Intelligence is infinite, and forever progressing.  If you find yourself stuck on a certain thought pattern that seems to be limited, then it is time to refract your intelligent determination into another field of allusive contemplation.  If your perception is rudimentary then there is intelligibility stored in another system of thought that needs to be attained in order for you to progress.  Extrapolation is key to mental innovation and productive execution.  It is through the eyes of aware innocence and wonder coupled with perceptive contemplation that quantum progress is delivered.

Dogma is the adversary and the conditioning faculty of the aforementioned.  As you experience the external world, it is planting 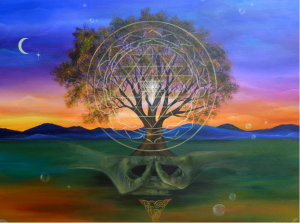 seeds in your mind, yet if your mind is not exercised on the introspective level those seeds will flower into trees of dogmatic veils.

Educated persons of governmental conditioning do not exemplify intellectual stature. In fact education beings are easily confined behind a facade, reducing sentient sensibility.  Invited and encouraged, by the provision of limited tools and limitation as a foundation, the mind is used to to understand what they are told to think, their thoughts are not they are own.  From this bedrock, it is a challenge to dream of acting outside of the box forced unto them, and contemplate how to act or function or create without first being told what to do and how to do it.

Within the structure of the internet a firewall was programmed into its mainframe to protect or stop certain computers and systems from receiving secret information or information and coding that could be destructive or beneficial to recipient or system.  The government has instilled another firewall like this deep within the psychological mental template of humanity.  This is done by a form of mental alchemy pertaining to the feed back loop of the male/female brain/mind.  The male brain perceives structural reality and the intelligent design and coding bestowed within its structure, the female brain reacts to the male brains integration and seeds are propagated.  As these seeds cultivate the intelligence encoded within the information being received from the male mind, they are nourished and the seeds begin to grow.

The cultivating substance holds the underlying informational segments of material and psychological experienced reality.  It is evident here that through structural education and holographic sound, visual and artificial intelligence veils can be produced stopping one from interpreting the true nature of reality.  Within a complex system of seeding, adjacent corresponding intelligence can literally program the human mind much like a programmer installing firewalls and such on computer, causing reactions of ignore, reject and attack.  The decoding of humanity requires intelligence to move around the firewall and shut it down manually by the sentient beings themselves.

The thought processes of humanity has on majority been limited to the confines of a singular system of perception.  Those of science claim things to be impossible, not necessarily using those words but it is the underlying message of their assertion.  This is because they have been taught a system of thought, on a deep, rarely penetrative psychological level that conceives only a narrow path of mechanism and possibility.  This synthetic implant within the psyche completely denies the freedom to look beyond the veils, and deems outer perception illogical and destitute.  Even within the less prestigious facets of the human condition people are oblivious to the factual sentiment that there are infinite ways to go about something.  It is the hero’s journey to delve into the belly of the beast, to face what programs lie beneath the surface and decode the shadows to produce creative light bearing gifts to birth into the New Earth.  – Robert Mesure

For info about the Learning & Education discipline at NewEarth University’s School of The Living Arts, CLICK HERE

Leave a reply Click here to cancel the reply