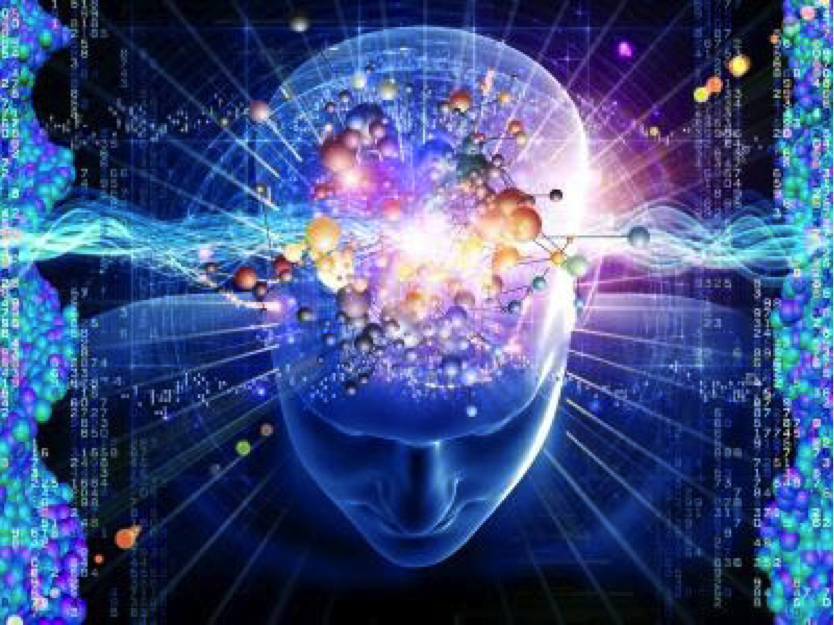 Humanity has begun evolving at a quantum pace, due to the force of spirit as predicted by prophets of the “past ages”, as such we must re-evaluate our habitat in order to adapt concurrently with our evolutionary requirements, or else perish as a race.  A part of the environmental shift relies on the restructuring of educational systems.

The current education system is not giving our youth a choice of emotional freedom.

We are giving our youth a list of rules and those that do not follow that status quo are either “trouble makers/rebels” or are put on drugs to maintain.  This process has actually had a reverse effect on our youth.  Turning them against their trueSelf we are pushing them inward to the point where they use that fear projected onto them, and into them.  Being herded into the masses this way vs. being an individual does not work!

The opportunity to re-shape the way youth are ‘educated’ is currently upon us.  For this to be fully implemented it is fundamental to allow positive and negative outcomes to be projected, by guiding the students to work through challenges and triumphs on their own terms.  Guiding by intervening when anger and aggression are over-taking, and showing them, by example as well as allowing them to show us by example a New Earth.  When we start allowing the youth to live out constructive criticism in a safe environment we effectively cradle the physical manifestation (child) in safety and allow the soul to flourish in the richness intended in our Earth journey. 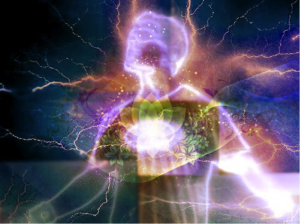 Intelligible development is reliant upon fruitfulness while Creative procedures are a requirement of intellectual evolution. While undertaking any type of mental development it is imperative that the psyche expands upon the acquired realization, as the contemporary exercise of education is the creative imagination of the intelligence being exercised.  The orthodox system however, distorts the creative, expansionistic attributes of the human mind and thus perverts its potential of self-expansionary innovation.  It is one thing to have knowledge, but it’s more – and can only truly be exercised – when wisdom is fermented.  Wisdom is the key to the conversion of the circle into the spiral, to elevate the center… one must understand why the center must be raised.  This in turn opens up a deepened desire for education within our youth, allowing them to structure the appeal of their future achievement from a young age, in designing a better world.

From the Desk of Robert Mesure: Intelligence vs. Education

It could be said that a vast majority of the populace live through other people’s intelligence and follow a subservient social paradigm of conformity.  This perpetuates a profusion of distinctive similarity, rendering sovereignty inert.  In this manner, people are not developing into their genuine selves, the identity of individuality and independence is a rare thing to come across in the modern world.  Personality on the mass scale has turned into nothing more than a structured archetype of collective projection.  The underlying intelligence driving and developing personality is situated within the synthetic material apparatus of the fake iconic make-up of celebutation.  Originality is the sacred rite of our incarnation, sovereignty is the apparatus of personal development.  What is the merit in idolizing somebody, or something that embodies the conditioned surrogation of collectively assimilated fragments? No need to fit in, it is those who are themselves that start the trends, it is the most consciously aware sentience that has control over the world.  Take control of your world and pull your own strings, instead of allowing the puppet strings of idolized conditioning to set your path; take back your rite of sovereign development.  Blindly following the media has the potential to dilute your personal flavor, your distinct spice of life.

Intelligence is the beauteous force of creative compliance, the natural construction of personality and reality.  Yet it is often left dormant in human potential due to the afflicting notion of educational merit.

Education (as it is presented to us in the frame of society, our orthodox system) is the negation of intelligence, it produces veils around the psyche and can be the causation of mental laziness and is invariably the underlying faculty behind limitation.  When people live through others intelligence they run the high risk of becoming prejudice and dogmatic in their everyday intellectualism.

Education (in its purest form) is the manifestation of psychological experience forming intelligence.

Negation of the Individual

Many people who go through years of study think of themselves as very well read, and quite smart.  Yet what they do not realize is due to the subjugation of intelligible analysis inflicted by years of educational 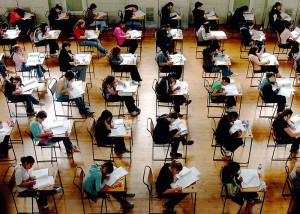 Forced dogmatic prejudices do not qualify as intelligence, but are alas the limiting compound of expressive, intelligent evolution.  The deluded population of educated consciousness finds itself in an infinite loop of conformist subjectivity, only digging itself deeper into the dogmatic confines of endarkened perception.  The box or aperture in which reality is experienced grows smaller and smaller by the minute, whilst inflicting the illusion of mental growth and intellectual credibility.  This is evident in those who are lost in the dogma of mainstream scientific materialism.

One believes themselves to be quite intellectual, yet showing nothing more than a closed mind, in which fights for its ignorance.  Intelligence is self educationally composed, it creates itself; but only when free of the shackles of conformity.  This does not mean that education should be avoided or is unfavourable, only one must listen to themselves and not live through the intelligence of a dogmatic, predictable system of dormant potential.  Humanity has found itself in a chain of external intelligence, not belonging or exercising individually but being diffused by those who want humanity to conform to their system of control.

As conformity begets limitation so does limitation parallel impoverishment.  Those who believe they are the most intelligent are evidently the most limited.  How can one fill one’s cup any further, if one believes their cup to be already full?  To those lost in the field of conformist dogma it would appear to themselves, they have indeed reached a state of intelligent credibility, as they cannot see past the veils they have created, they believe they can see a vast variety of possibility and understand the function of the cosmos, as applied in their everyday life.  To somebody conscious it would be realized that the universe is infinite, and to believe oneself to be intellectually construed is the first sign of self limitation.  When one cannot reach out into the unconscious of infinite potential then intelligence, personality and creativity remain stagnant.

Egotism, self-aggrandisement, and conformist patterns are the very elements of intellectual, spiritual and emotional limitation and regression.  Whilst living through others intelligence, or sectioning external experience as primary and therefore the only utilized segment are not exercising the alchemy required to evolve as a race.  The levels of wisdom one reaches through intellect only touch the surface and can only be actualized by individual experience. 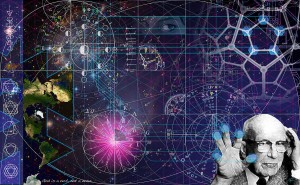 We live in a society of the processional, people dedicate their entire potential into one system of thought and professionalism thus distorting the actuality and underlying principles of what they seem to understand.  It is limiting and detrimental to psychological and spiritual merit and conduction.

In a nutshell, the NewEarth University’s proposal is an educational merit sanctifying the introverted thought-scape of the student.  A web of interrelated people in constant dialectic – common ground can be a useful, productive asset to the development of the mental faculty.  It needs to be understood that not all people are introverts, and not all are extroverts, locating the poise in oneSelf is key to self assessment.  Indoctrination is impervious when the subject is rambunctious in criticism.  Isn’t self evident citation under constant dialectic a threshold of revelation?   The cosmic collective consciousness evolves through individual pull of collective resonance.

Let us break Sovereignty down: Sovereignty = Authenticity, Self Sufficiency, Inextricable Sentience of Malleable Self Determination, Oneness With the Cosmic Whole.  There is a common denominator within each individually composite thought-scape.  The ideal I’m driving at is a curriculum at its core level formed by the individual or collective administration of the students, psychologically assessed and disputed through dialectic.  On a psychological foundation of spiritual merit the administration would be evolutionary.

Vernacular is a fundamental asset to collective productivity.  And as such, intelligible compatibility is reliant upon the vocabulary of suited exploits.  Assessing each faculty with a corresponding inclination, indicating the correspondence of differentiated systems of thought.  This is already operable, and is in use.  But only with those who recognize and are introvertedly intelligible.  I 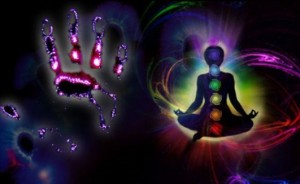 believe a key to this is the fusion of extroversional and introversional systems of thought connecting each faculty and process of thought, i.e art, mathematics, science etc. all operable and pro-actively conducive from one stand point of thought processing to another.  To put it rigidly, All a singular system of perspective The Trivium indubitably acting as the inextricable pall.

I’m not saying that it is how it should be, I am just exerting a foundational template or out-scape that could perhaps start a new paradigm and the way we approach learning.   Elementary language for example is a fundamental and essential attribute to the progression of the intelligent body.

Academia is not the priority on the whole, self sufficiency is priority.  Yet isn’t self sufficiency still an attribute of the collective whole?  The Trivium in itself holds a master key to individual progress, perhaps that is the natural way of learning.  Forming a web

of interrelated citation, diffused by the common denominators of grammatical approach, logical discernment and rhetoric conveyance – may be a good place to start.  If you wish for humanity to run around the planet in a sporadic multifarious notion of conflicting principles and selective discrimination then by all means only recognize the sovereignty of the individual and not the collective.

The application of education induces intelligence not education itself; Talent is a result attributed of enjoyment.  Each individual varies in the intellectual compatibility of their mental construct.  Therefore a pragmatic dialectic of hands on application and sovereign self-directed efficiency is the learning platform I believe holds most of the promising principle and freedom of expression.

The dissemination of multifarious focal points constituting a paradigmatic consensus of intelligibility is a vision of unity and prosperity.  The inclining stature of this productive consensus could prove prolific not only on a developing educational criteria but also unity of sovereign will.

Learning & Education discipline, the School of The Living Arts